It had been a full day of music making at a busy education conference with Epiphany in one of our favourite conference centres, The Hayes in Swanwick, Derbyshire.

Our team had all headed back to their rooms, so Julie and I decided to do the same, but on arrival at our accommodation block 'Lakeside', it was still not dark so I decided to have a short walk round the lake before bedtime, and I just happened to have my camera with me.

The sunsets I love most are ones that are reflected on water, however as this particular lake is really not that big and I hadn't intentionally timed my walk, I really had no expectation for a good photo shoot.

How wrong was I?

I usually prefer to shoot landscapes in landscape mode, as above,  or in panoramic as below.

The shot below, however, in portrait mode, is a rare exception and I think works well because of the composition with the tall tree and silhouetted leaves.

Now, how do you make a portrait shot into a landscape?

By reflecting its mirror image: 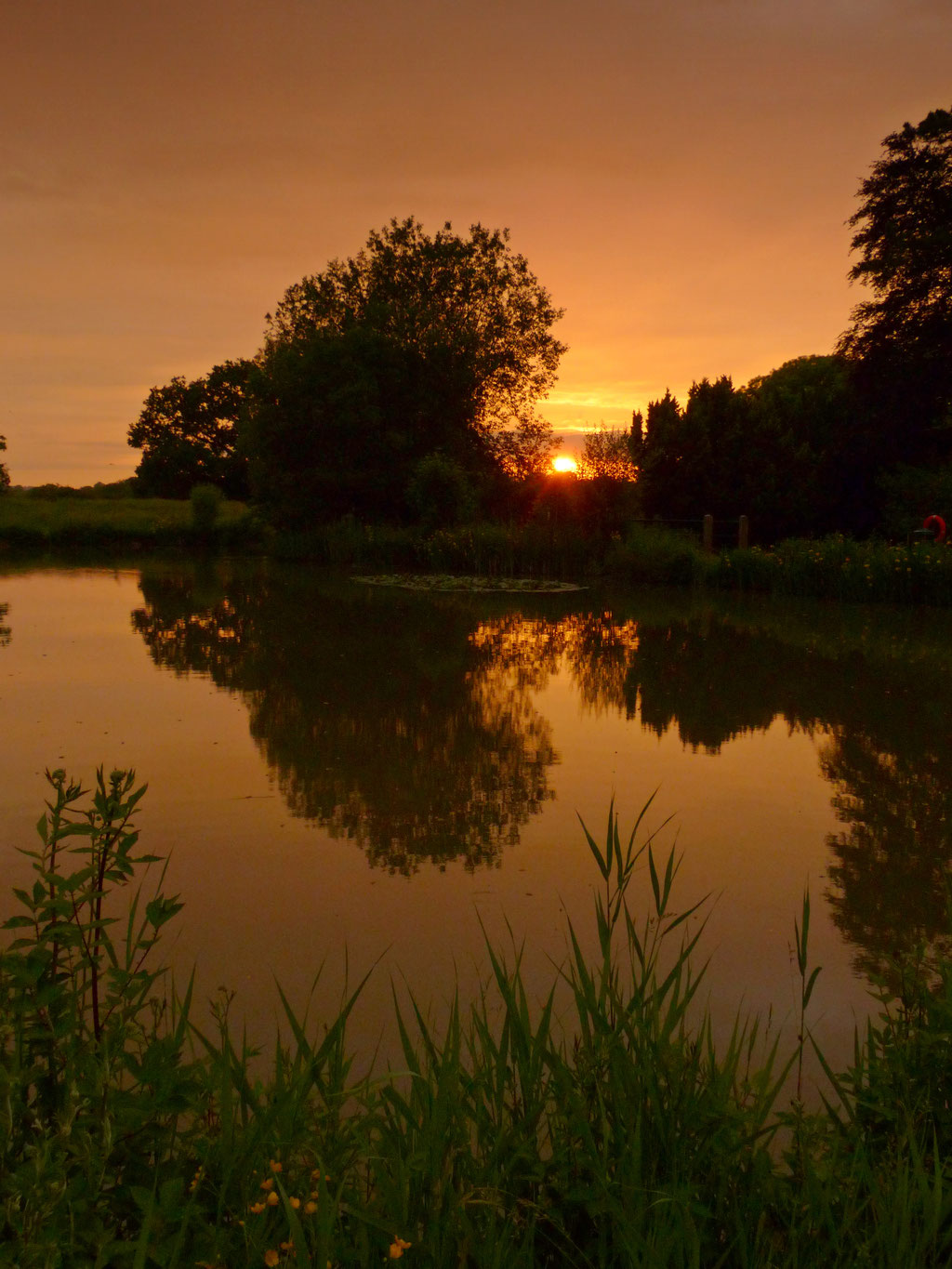 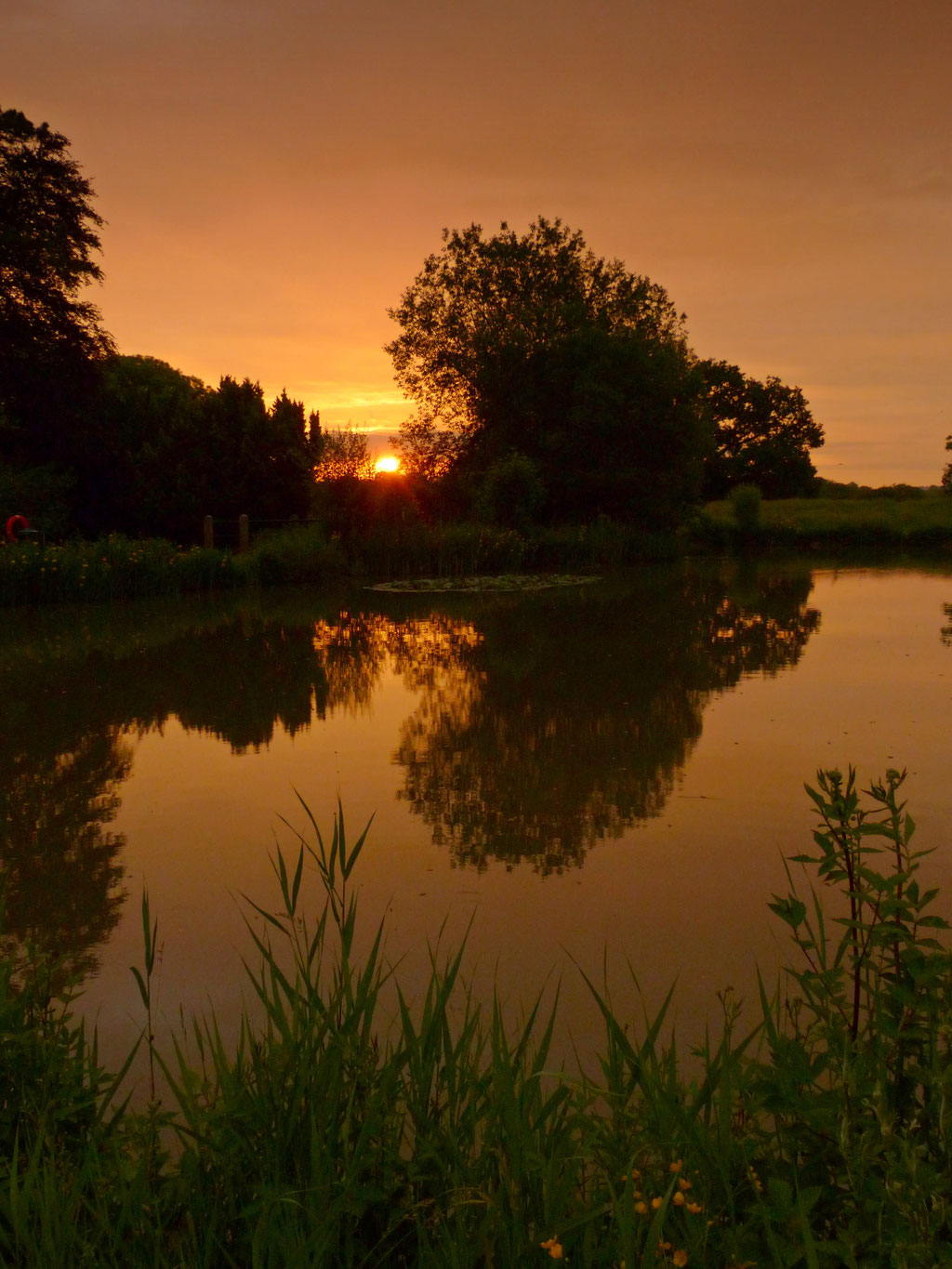 (Just because I love reflection and symmetry)

I do love the patterns and colours in the sky just after the sun has set.

However, when there are clouds, the sun often reappears several times before finally setting:

Even though I spend a lot of time straightening horizons in my photographs, sometimes I go a little crazy and decide to put a different slat on things...

And one thing can lead to another... 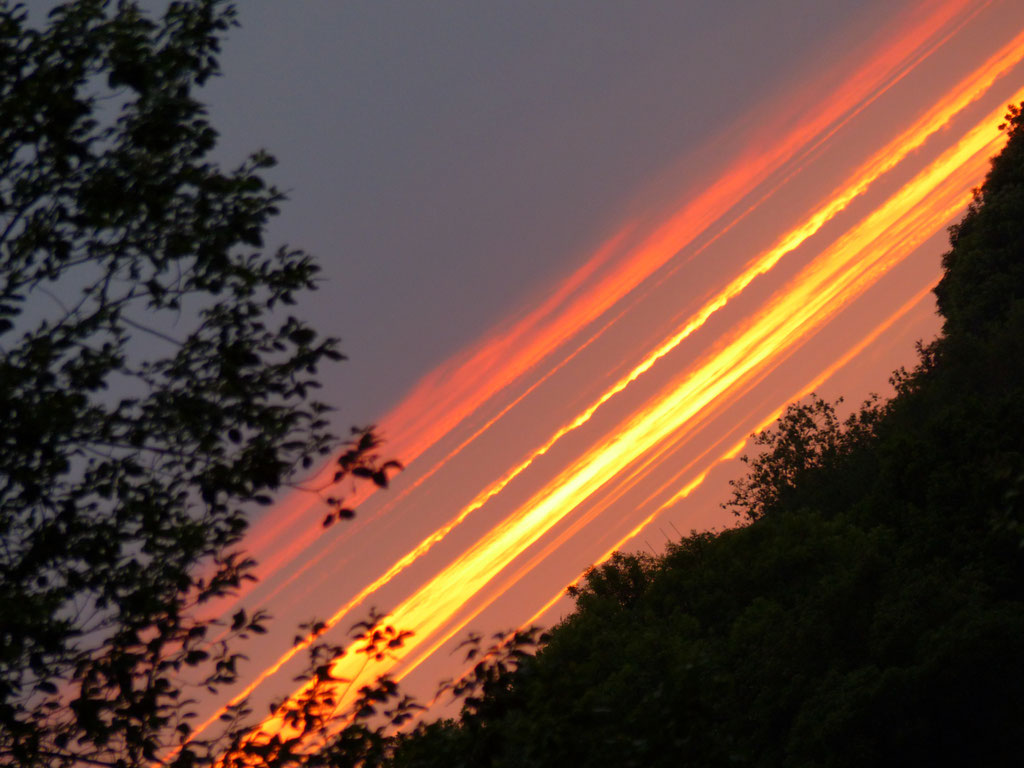 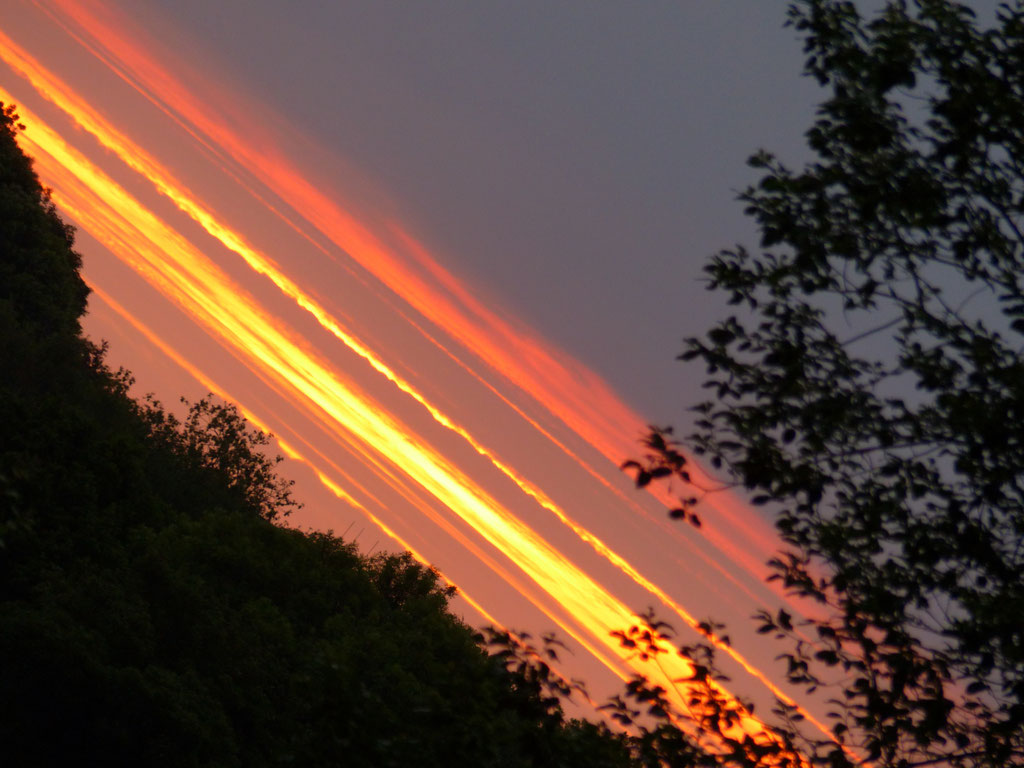 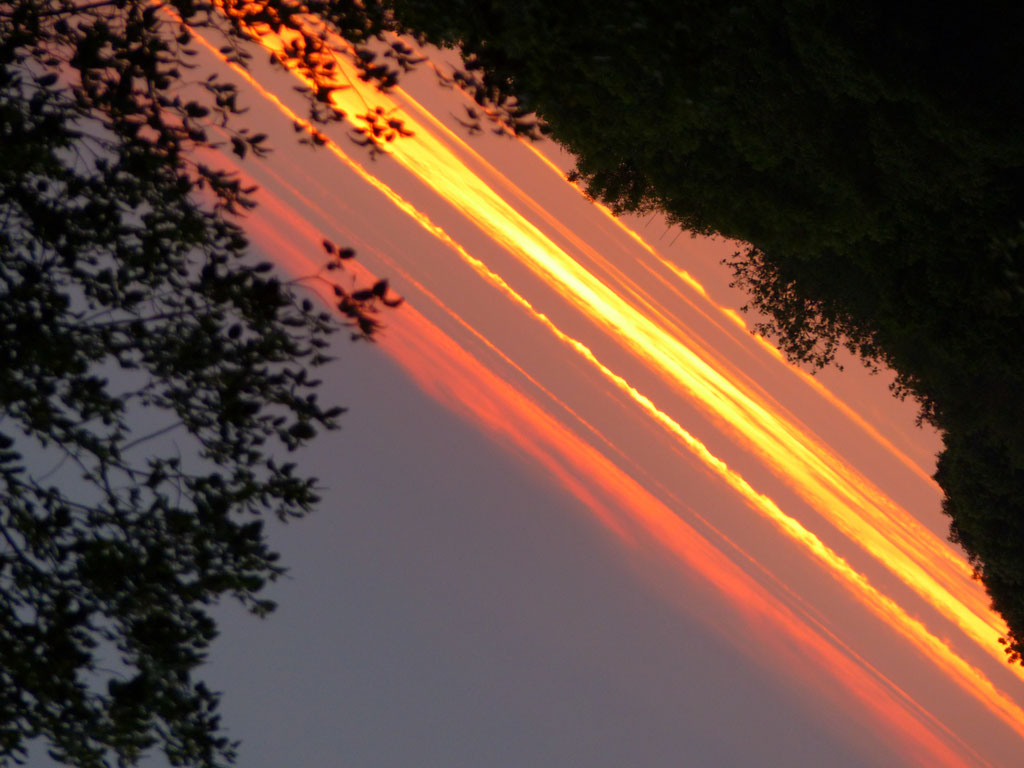 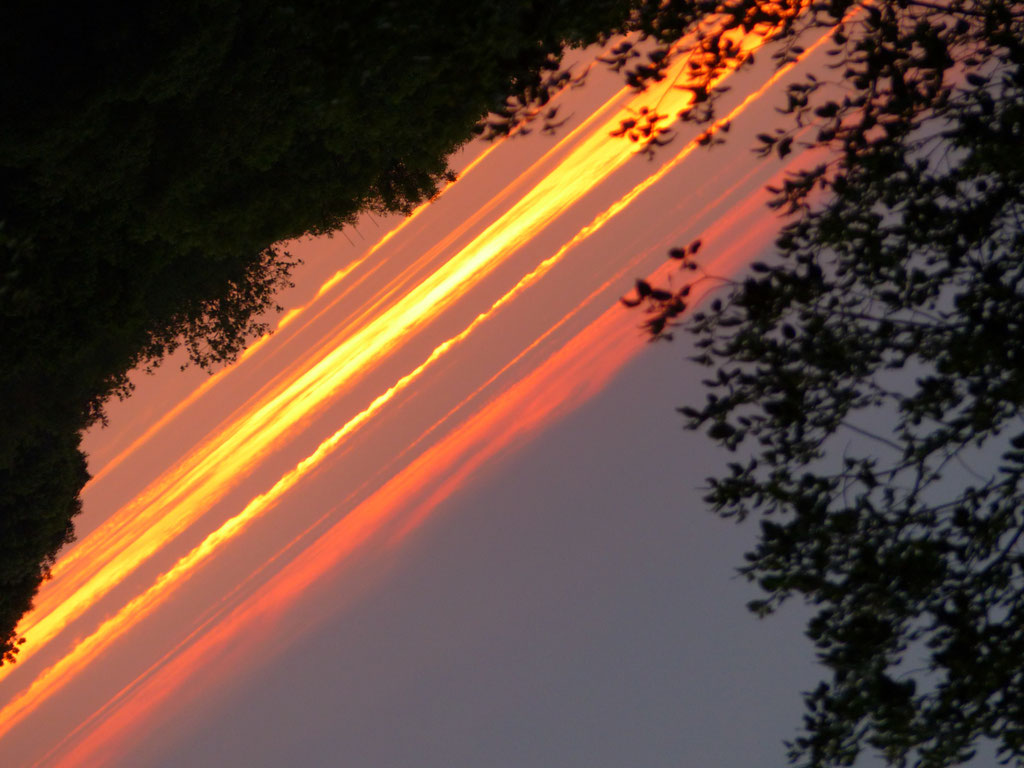 So, after capturing the beautiful sunset, I thought my work here was done .

The sun had truly set and I started to head back, but then for some reason I decided to prolong my walk to briefly look at the smaller pond.

I stopped for a moment to watch the ripples made by fish in the water, with the occasional splash adding to the tuneful sound of birdsong,.  I started filming to catch a bit of this tranquil scene, even though the light was very dim, but I did not expect what happened next...

While filming I just glanced upwards and to my complete surprise was a spectacular rainbow!

I'm not very good at shooting in low light conditions and rarely carry a tripod, so I wasn't quite able to capture the magnificence of this scene as I would have liked, but here's what I got: 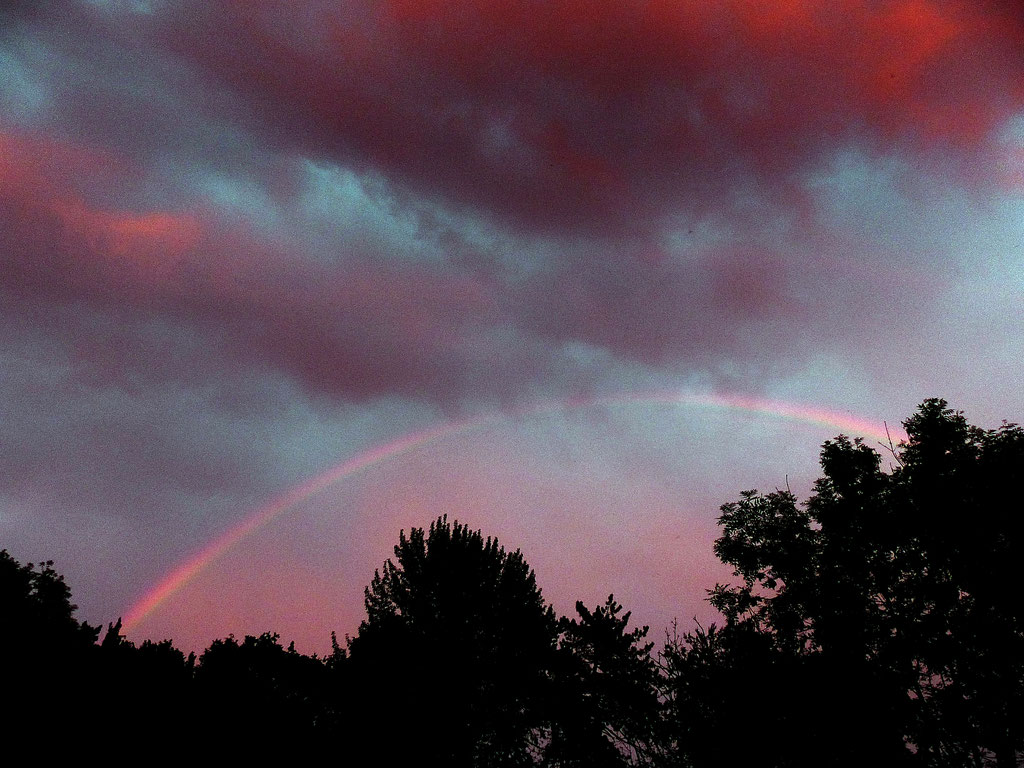 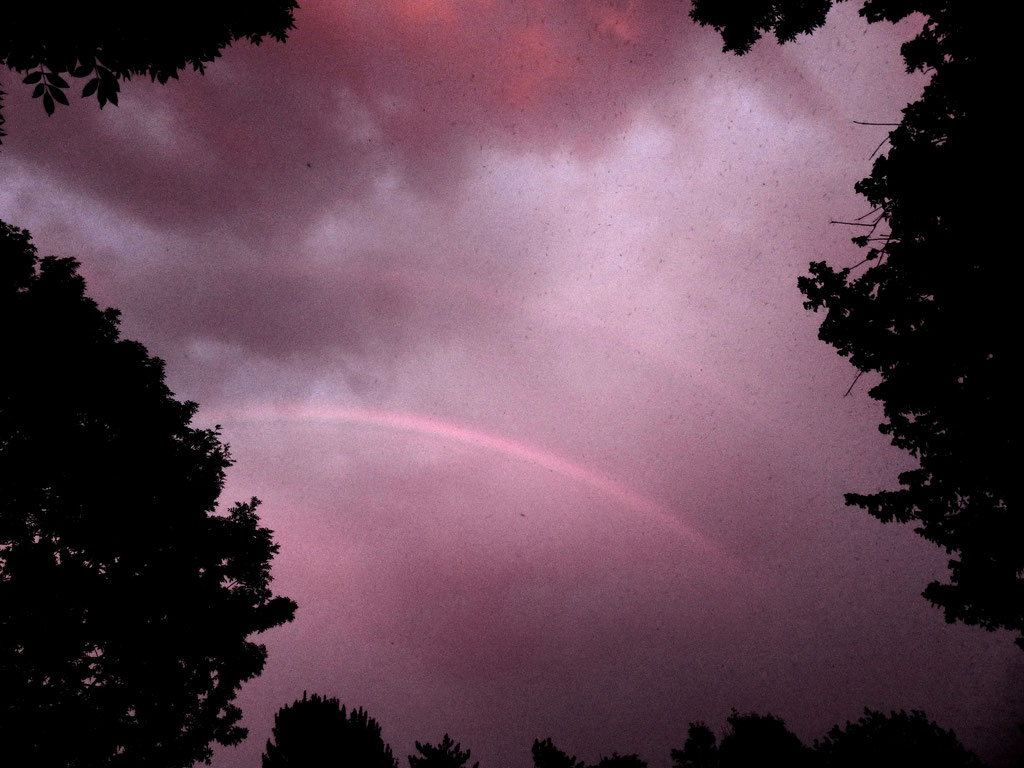 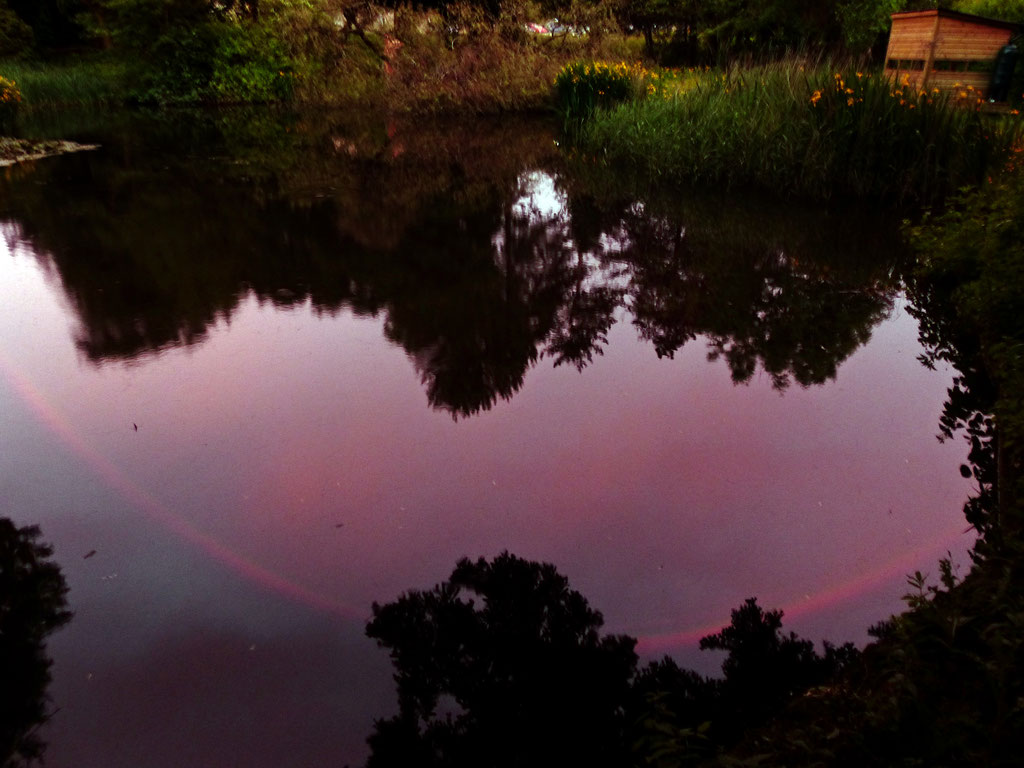 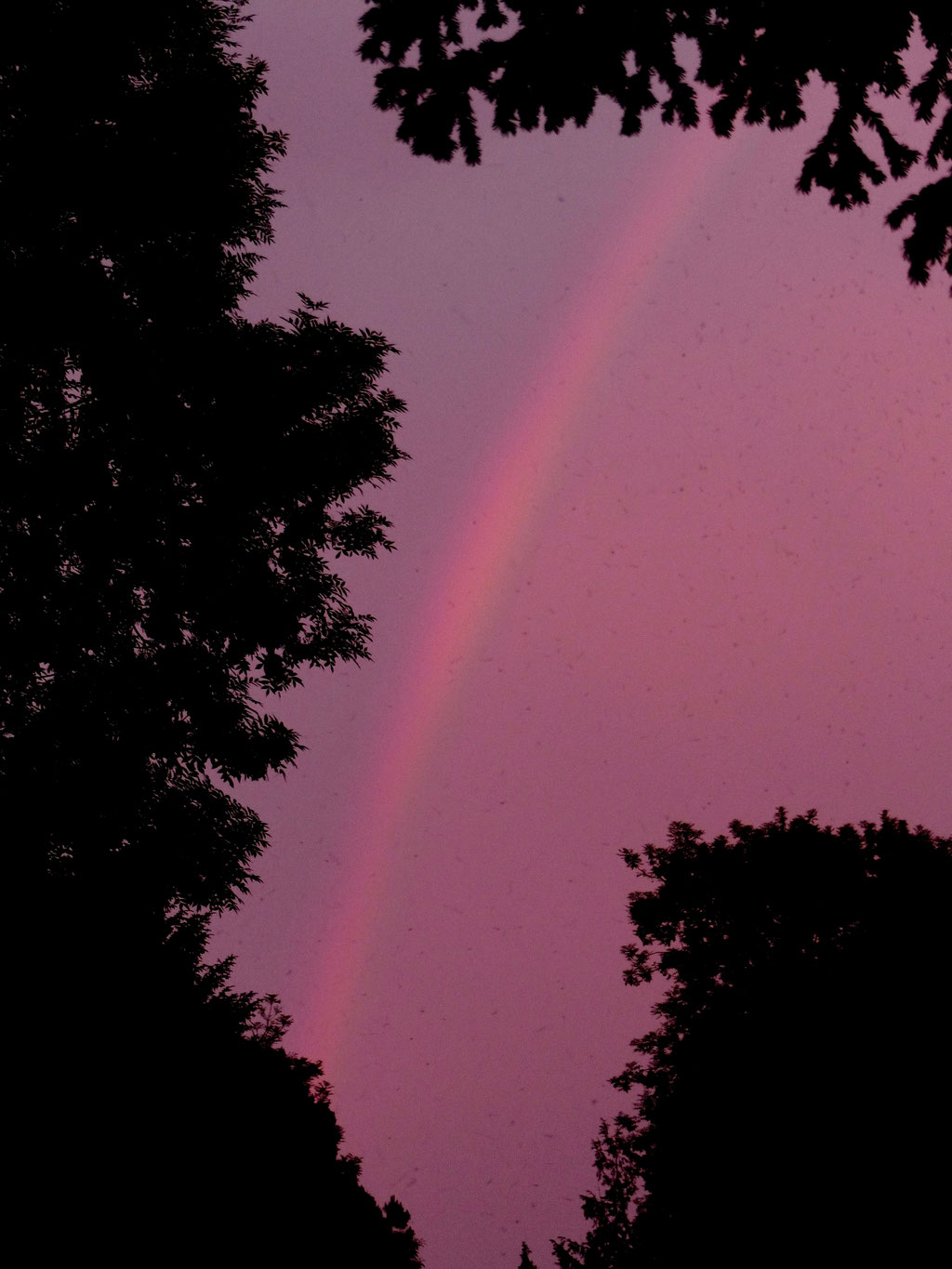 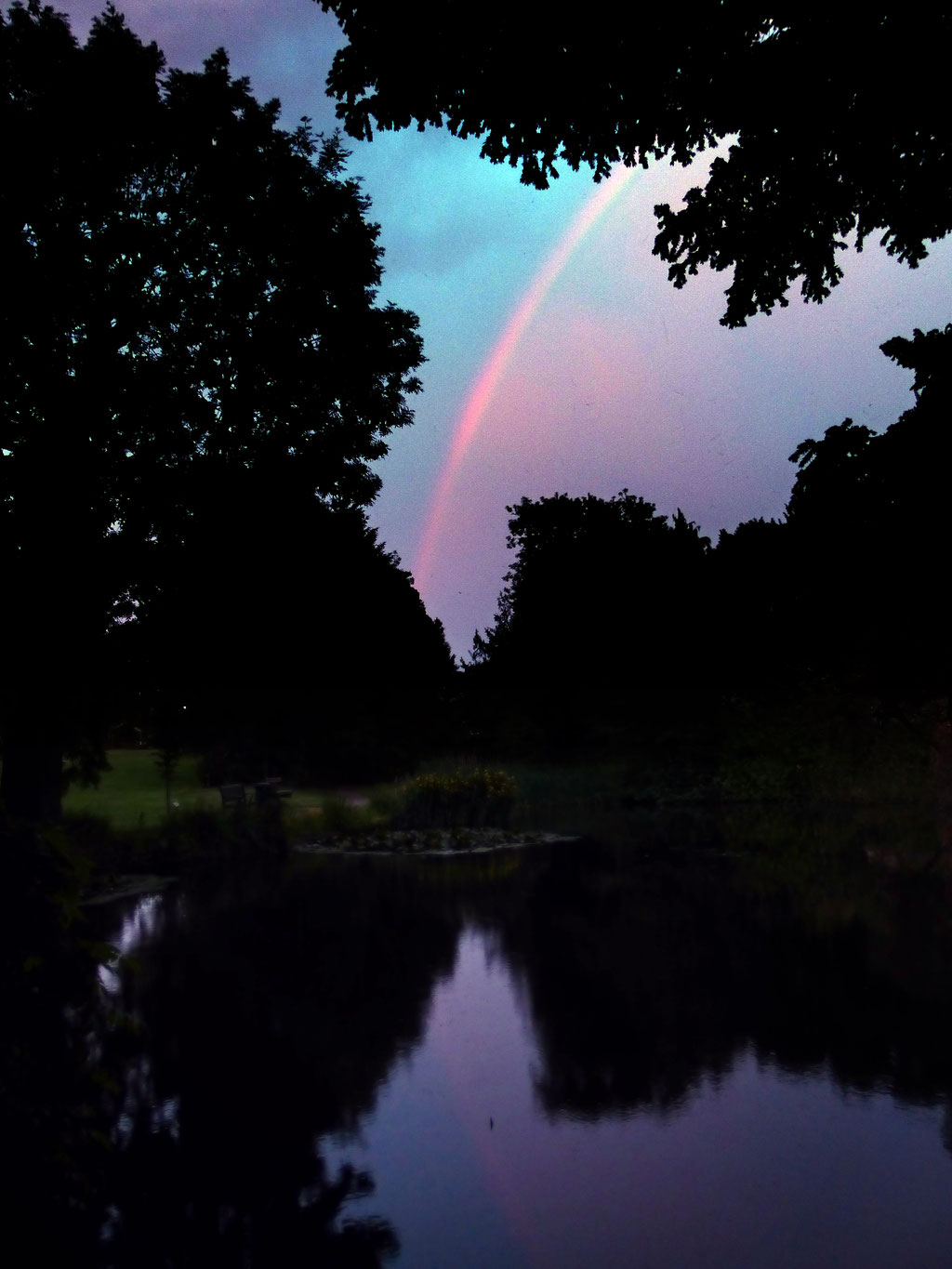 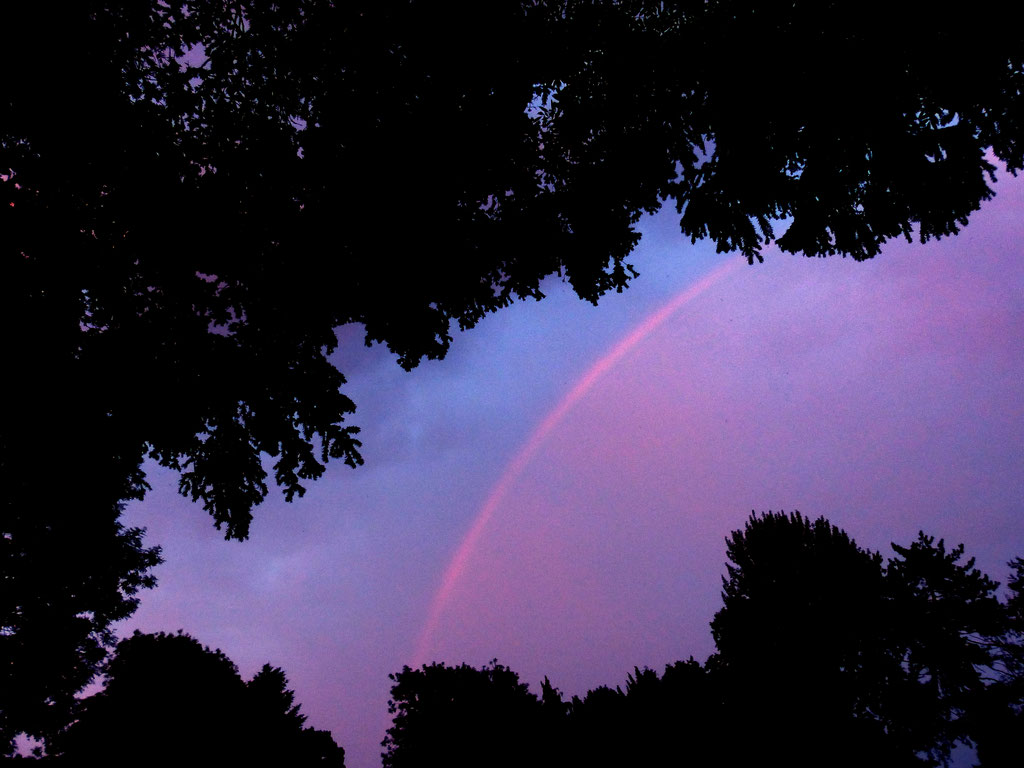 Suffice to say, I never expected a rainbow after the sun had set, but I guess from a higher perspective, i.e. where a rainbow sits in the sky, the sun is still in view.

Perhaps there's a lesson in there somewhere!

If you have been inspired by 'Scenes of Wonder' or 'Sounds of Wonder'  please consider being one of our sponsors by making a donation here.  Thank-you!